The Foundation Trilogy is an epic science fiction series written over a span of forty-four years by Isaac Asimov. It consists of seven volumes that are closely linked to each other, although they can be read separately. The series is highly acclaimed, winning the one-time Hugo Award for “Best All-Time Series” in 1966.

The premise of the series is that mathematician Hari Seldon spent his life developing a branch of mathematics known as psychohistory, a concept devised by Asimov and his editor John W. Campbell. Using the law of mass action, it can predict the future, but only on a large scale; it is error-prone for anything smaller than a planet or an empire. It works on the principle that the behavior of a mass of people is predictable if the quantity of this mass is very large (equal to the population of the galaxy). The larger the mass, the more predictable is the future. Using these techniques, Seldon foresees the fall of the Galactic Empire, which encompasses the entire Milky Way, and a dark age lasting thirty thousand years before a second great empire arises. To shorten the period of barbarism, he creates two Foundations, small, secluded havens of art, science, and other advanced knowledge, on opposite ends of the galaxy.

The focus of the trilogy is on the Foundation of the planet Terminus. The people living there are working on an all-encompassing Encyclopedia, and are unaware of Seldon’s real intentions (for if they were, the variables would become too uncontrolled). The Encyclopedia serves to preserve knowledge of the physical sciences after the collapse. The Foundation’s location is chosen so that it acts as the focal point for the next empire in another thousand years (rather than the projected thirty thousand). 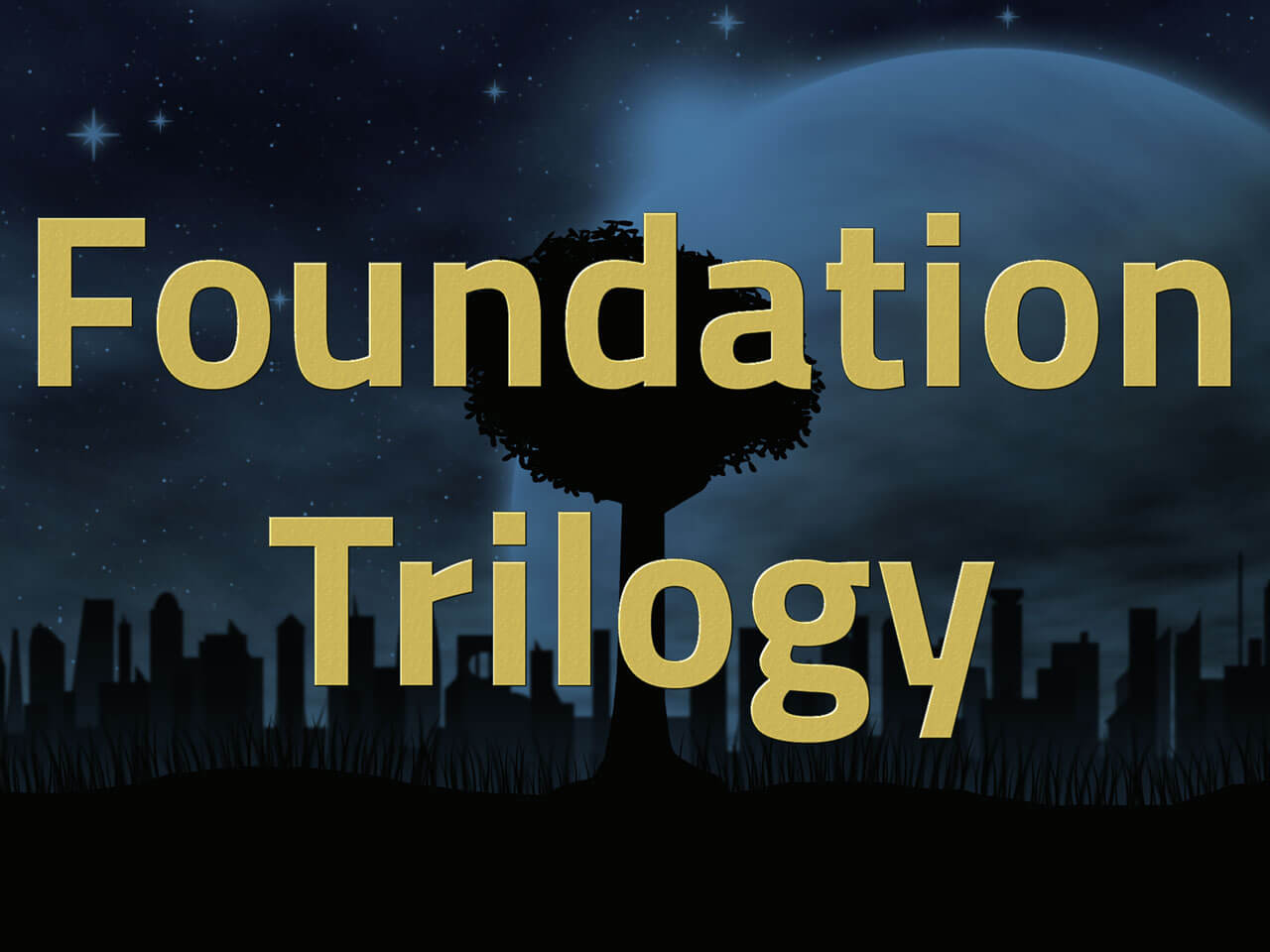