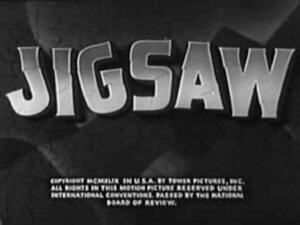 When the owner of a printing shop is found dead, the District Attorney assumes that it was a suicide. But the Assistant D.A., Howard Malloy, suspects that there is a connection with an extremist political group called the ‘Crusaders’. When a journalist whose articles had attacked the Crusaders is also killed, Malloy is convinced. With […]