Snuffy Smith, moonshining hillbilly, grows tired of dodging revenue agents, headed by Cooper, and decides to take the army up on their offer of free clothes, food and $21.00 a month. Once enlisted, he finds that revenue agent Cooper is his sergeant. Don, a hillbilly soldier friend of Snuffy, has invented a range finder, but it is stolen by some fifth columnists and hidden in Snuffy’s bag. Snuffy decides he has all the army discipline he cares for and heads back to Smokey Mountain, followed closely by the enemy agents. 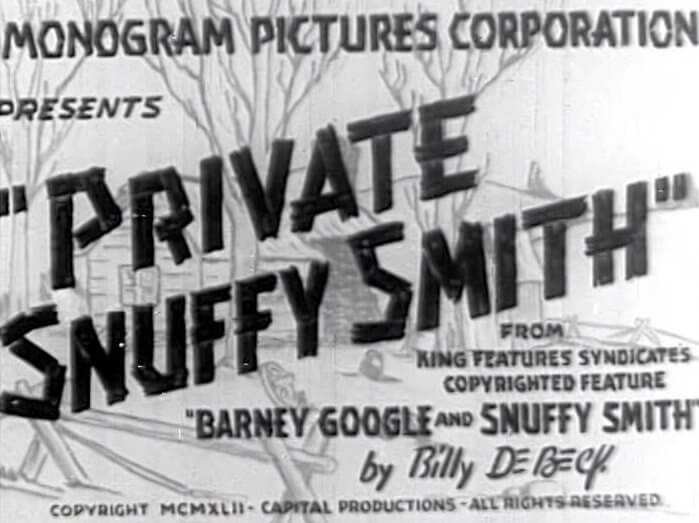