A young officer in Napoleon’s army pursues a mysterious woman to the castle of an elderly Baron. Has a young but still strange Jack Nicholson and the older but also strange Boris Karloff. 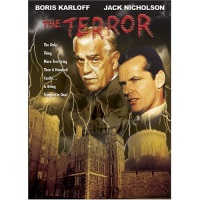 Also Known As: Lady of the Shadows